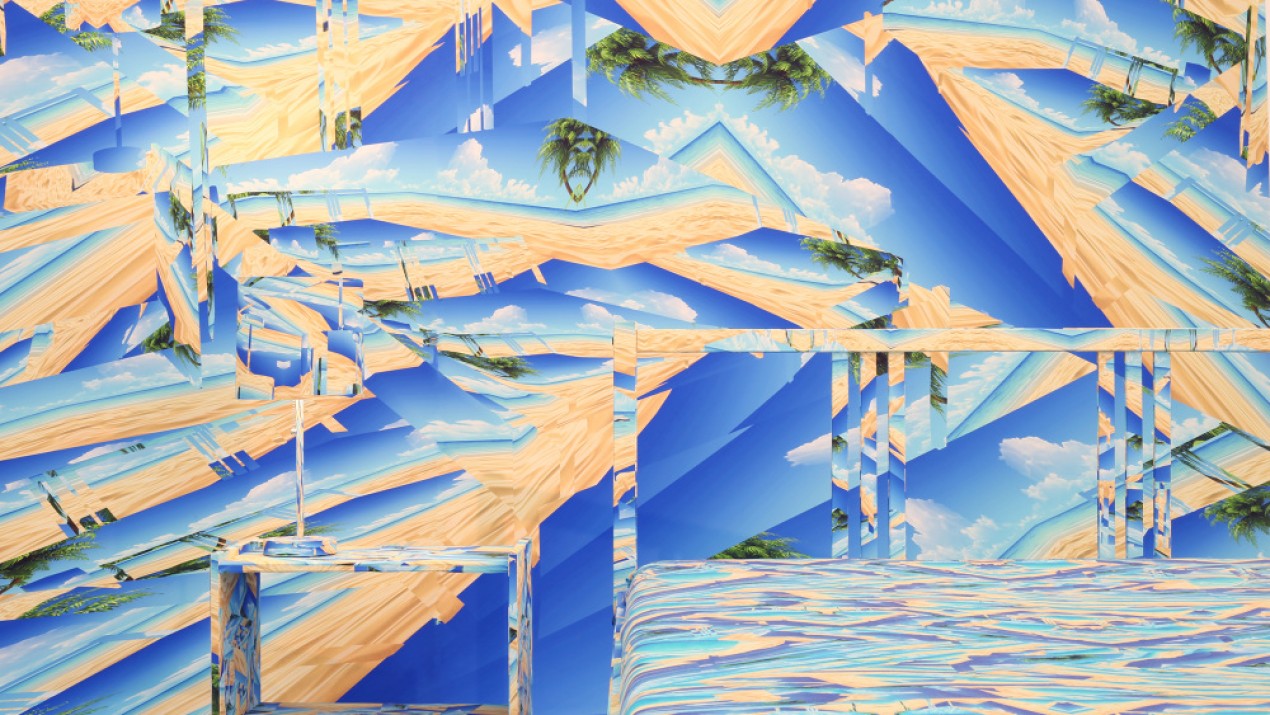 Artists are at the heart of MASSIVart’s mission. We wish to give them even more space by giving them a voice through our channels in different ways. We start with the Mexican artist Julieta Gil who presents her virtual exhibition.

Her work oscillates between the physical and virtual space. Computational media is rapidly evolving and becoming ubiquitous and influential in our everyday life. The ontological reality, the simulated reality, and the mediated reality are a group of layers clustered in a complex, multidimensional way. Her work searches for the possibilities of simultaneous realities that form and interact with each other, creating objects and narratives that reflect upon our past, present and future. 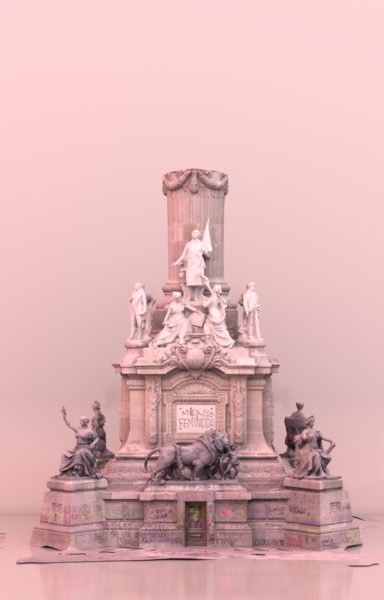 Project made from the register of graffiti tags painted on the Angel of Independence in Mexico City, made during the feminist protest march #NoMeCuidanMeViolan, in August 2019. The controversy generated by these tags open a discussion around memory and heritage. Without trying to solve these, the project is summed up to the discussion and presents itself as an effort of keeping this state of the monument alive, vandalized and appropriated by the society, showing how the “Angel of Independence” achieves new meanings in the current times. The piece allows the intervened monument to stay in the collective memory of the citizens as a communicator of peoples’ urges and demands. The digitized monument can even be seen as a testimony for future research, as it concentrates and preserves evidence of the claims for justice.

is a parallel project In collaboration with artists Livia Radwanski y Concepción Huerta. It consists of a 3D model of the monument created through the translation of multiple photographs into a digital space. 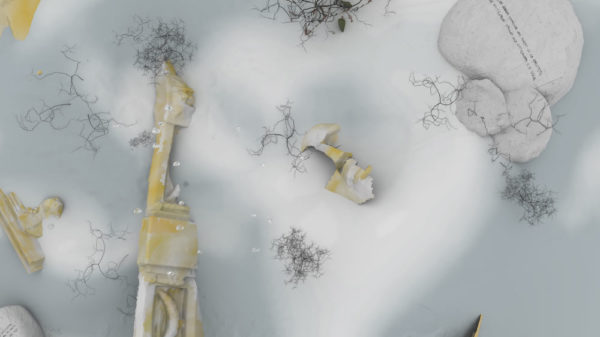 The piece deepens in the archeological interpretation based on the ornaments of the facade of the Palace of Fine Arts in Mexico City. This commission for Satelite, an online curatorial project, shows some of the ornamental neo-indigenist elements of the palace and, through VR technology, generates a new dialogue with the narratives, both architectural and muralist, that the building has had since its construction. The video places us in a future territory and guides us to rethink the meaning and the relationship we have with our monuments. 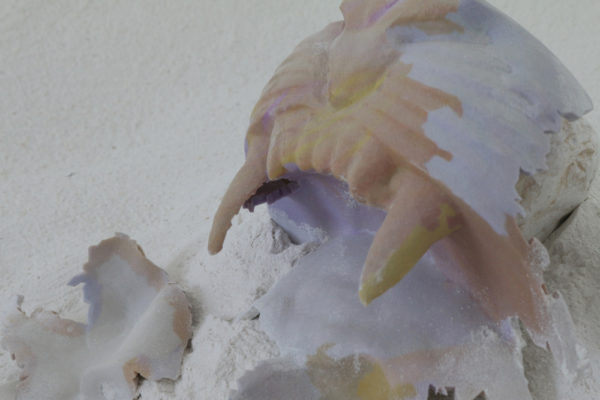 Future possible archeology of the architectural elements of The Porfiriato. Through scanning and 3D modeling methods, the pieces reconstruct the narrative of an architectural style. The series questions the notions of archeology, not only as a method to analyze the values of an era, but also their reformulation.

Ornamentos juxtaposes an architectonic space generated by a computer with the current architectural context of Downtown L.A. The piece is inspired by Frank Lloyd Wright and his appropriations of the Mayan ornaments, and the contrasting minimalism of the Californian art movement called “Light and Space”. 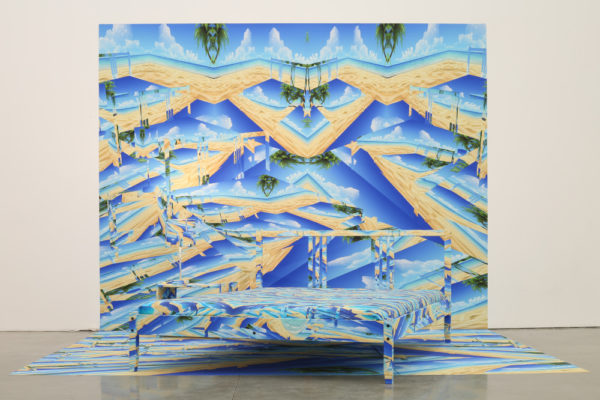 Representation of simultaneous spaces that confront and break the linearity of time and space, opening a new dimension. These scenes are simulations of interior and exterior spaces at the same time. The exploration was made through processes of texture mapping on 3D modeling programs. It is a process in which a bidimensional image is projected on a 3D surface to add texture to a model. This technique is used to give more realistic details to virtual objects. In this case, 2D images of landscapes were projected on 3D surfaces of domestic spaces in a recursive way, where the resulting image is used as a new texture. Through this recursion, the final image results in an abstract simulation.