How Artists Can Change The Way We Move?

Municipalities, retailers, real estate developers, museums and all other places open to the public will need to reinvent the way people will move through their streets and buildings.

For that, they’re going to have to be inventive to spread messages and be attentive to what people need most right now: find a little bit of wonder in their daily lives to feel better. This is where artists can intervene.

While being focused on the physical distance measures that are coming the signage can be helpful but also beautiful.

To get some inspiration, here are some artists who are experts in floor and wall interventions. 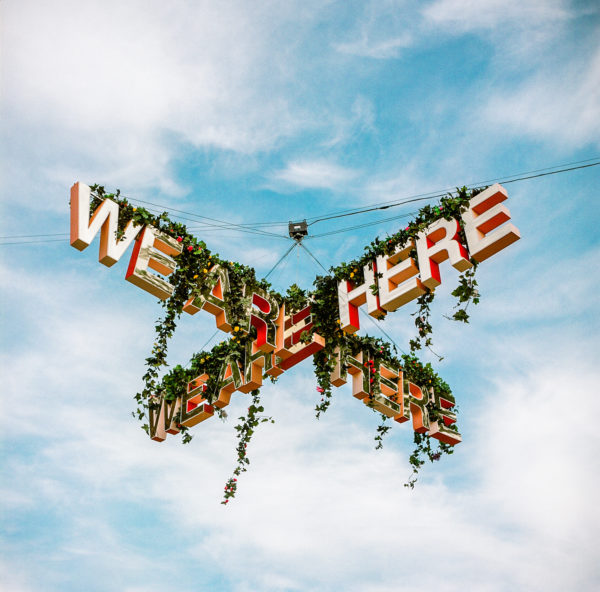 Trevor Wheatley & Cosmo Dean (left)
Toronto-based artists Trevor Wheatley & Cosmo Dean work in collaboration to produce large-scale guerrilla signs and typographic art installations. The two have produced works for companies such as Nike, Stussy, Topshop, Converse, Nordstrom and OVO. Though simple in message, the instillation is striking, and the work and precision of Dean and Wheatley’s pieces can easily be seen and admired. From concept to execution, it is no surprise that the two are called upon by business giants for commercial employment, as their creations leave a lasting imprint on the minds of their viewers. 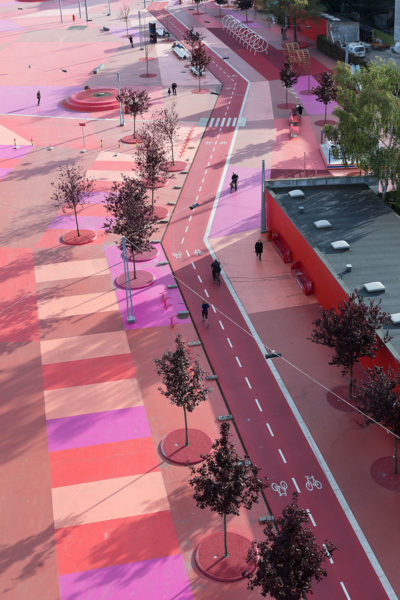 (cover)
His ground paintings, murals, and installations have been commissioned throughout North America, also in South America, Europe, and Asia. He has showcased his work with the LAF, the Cirque du Soleil, the Tour de France and Banksy’s Can’s Festival, to name a few. His unique approach of blending art and activism can be seen in his collaborations with such organizations as Greenpeace and Amnesty International. His recognizable brand of street art has been featured and discussed in many of the leading publications on street art in the past two decades.

SUPERFLEX (above, on the right)
SUPERFLEX was founded in 1993 by Jakob Fenger, Bjørnstjerne Christiansen and Rasmus Nielsen. With a diverse and complex practice, SUPERFLEX challenge the role of the artist in contemporary society and explores the nature of globalisation and systems of power. SUPERFLEX describe their artworks as tools – thereby suggesting multiple areas of application and use. 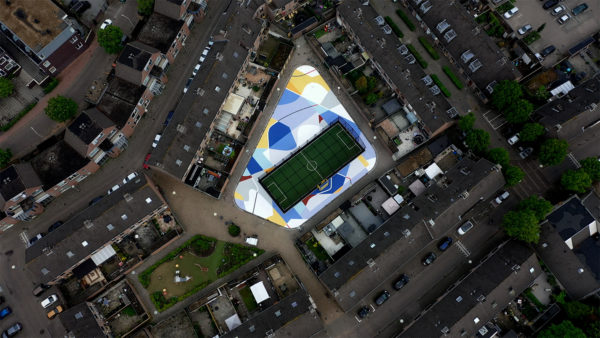 Gummy Gue (above)
Gummy Gue (Marco Mangione) is an artist who works mainly in the public space. He knows the graffiti writing environment in the early 2000s, investigating and experimenting with the expressive possibilities that will bring him to contemporary urban art. His work is an open dialogue with the architecture and the environment. Some of his works, such as Playground and Skatepark, have been recognized by magazines and platforms dedicated to design and architecture such as Domus, Designboom, AD Magazine, Architectural Record and many others. 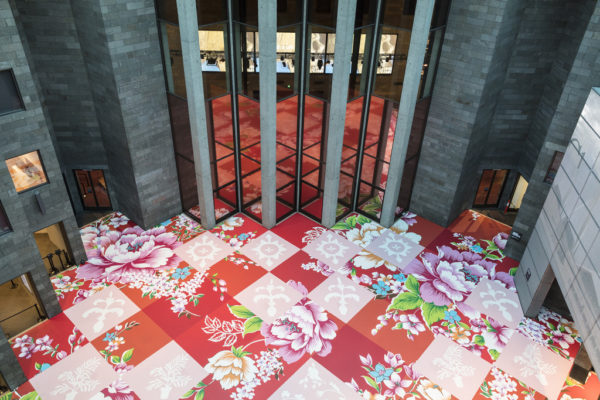 Michael Lin (above)
Lin orchestrates monumental painting installations that re-conceptualize and reconfigure public spaces. Using patterns and designs appropriated from traditional Taiwanese textiles his works have been exhibited in major institutions and international Biennials around the world. Transforming the institutional architecture of the public museum, his unconventional paintings invite visitors to reconsider their usual perception of those spaces, and to become an integral part of the work, giving meaning to its potential as an area for interaction, encounter, and re-creation.

Our team of experts is ready to help you bring this type of project to life on your streets or in your buildings. Contact us! The Power of Art In Time of Crisis

Historically artists have been at the forefront of cultural and societal issues initiating discussions and pushing boundaries. Art has the ability to create an emotional response, communicate complicated and opposing messages, drive social behaviours and create societal change. It also has the power to inspire communities during uncertain times and the current COVID-19 global pandemic is no exception.

We are facing an unprecedented period that requires all of us to be resilient. We want to take the opportunity to showcase various initiatives of the arts community during this time. We have been inspired by artists from around the world who have risen to the challenge to help people get away from it all, or to convey engaging and poignant messages. 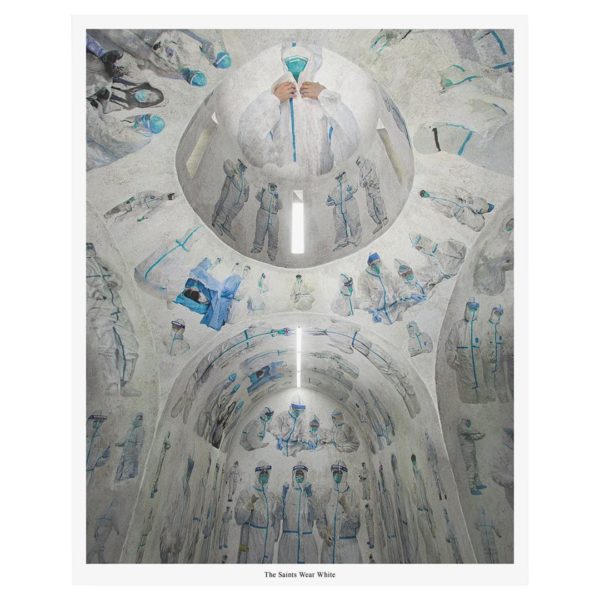 The United Nations has called on creatives around the world to help stop the spread of misinformation and promote public health precautions. The UN has a global call out to artists and has created a library of artwork to educate, uplift and inspire. You can visit the library of artwork at UNCovid-19 Creative Content Hub.

Additionally UNESCO has launched the #ResiliArt movement, which, among other things, will consist of a series of global virtual debates with renowned artists and draw support for the cultural world throughout the crisis.

Because we can’t forget what the frontline workers are going through, you can also check out some work by artists Duyi Han who’s celebrating health workers with a fresco-inspired mural in a chapel. 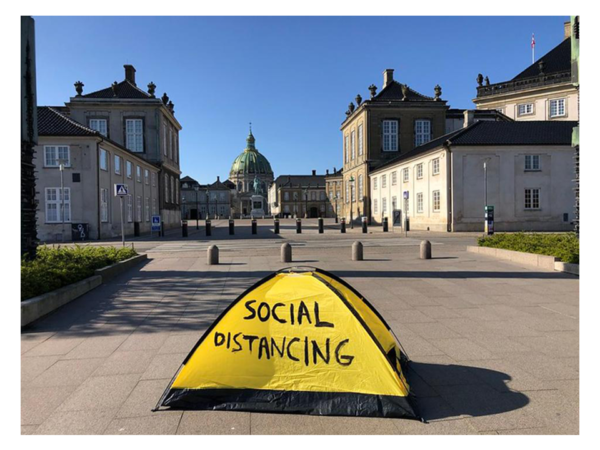 Artist Thierry Geoffroy uses tents to speak to those who cannot go back to their homes in these times of confinement, because they are homeless or are refugees.

Finally, Til Kolare decided to use his digital art skills to portray the world’s current situation. He gives us a new look at some classic paintings through which the characters distance themselves from others and reveal the reality of a lot of people now: the loneliness and solitude.

We like to see that the creativity of the arts community is not locked in! They always find ways to spread messages through their art, and we will always support them. Bringing Burning Man's creativity to the streets of Shanghai

As a part of a Public Art festival in the shopping centre Ruihong xintiandi Hall of the Moon in Shanghai, we worked with Beijing Modernsky Culture on a multimedia installation project. We collaborated with artist Christopher Schardt and Building180 agency to produce this large-scale outdoor immersive installation.

Constellation is a star-shaped canopy of 5,400 LED modules. The structure weighs 2000 kg, measures 26′ in diameter and hangs from a single point which will be displayed from November 26 to January 5, 2020.

In 1998, Christopher Schardt’s first Burning Man experience inspired him to apply his engineering and computer skills to art and he has participated in—and brought a major art project to—the event almost every year since. Now widely known for his LED sculptures, he is also the author of LED Lab, an app used by thousands of LED artists worldwide. Entering the Japanese art scene with a bang

Learn more about the exhibition 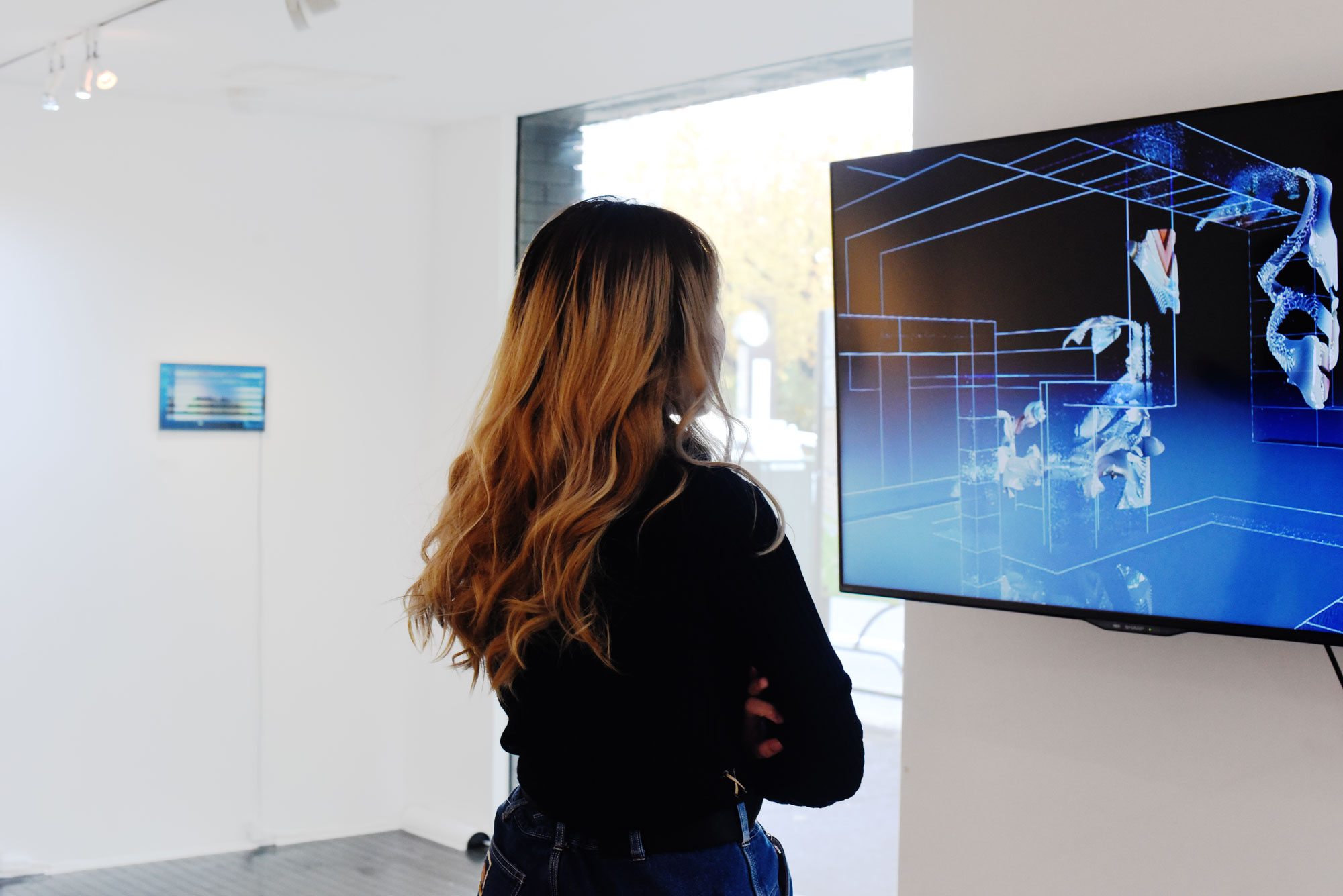 Since 1992, the Applied Arts Awards have been an internationally recognized standard for creative excellence. It’s the only Canadian competition that recognizes the work of both professionals and students across the visual communications spectrum – covering everyone from image-makers to advertising creatives, marketing gurus to graphic designers.

We won an award with Iregular, Ædifica & iGotcha Media under Environmental/Signage Design category, for the project “RIVER”. This artwork was commissioned by Desjardins to permanently occupy their branch in downtown Montreal. “RIVER” is a 11 meters LED mesh sculpture and a software generated pattern. It listens to the environment to represent it evolving constantly and infinitely, day and night.

Learn more about the project 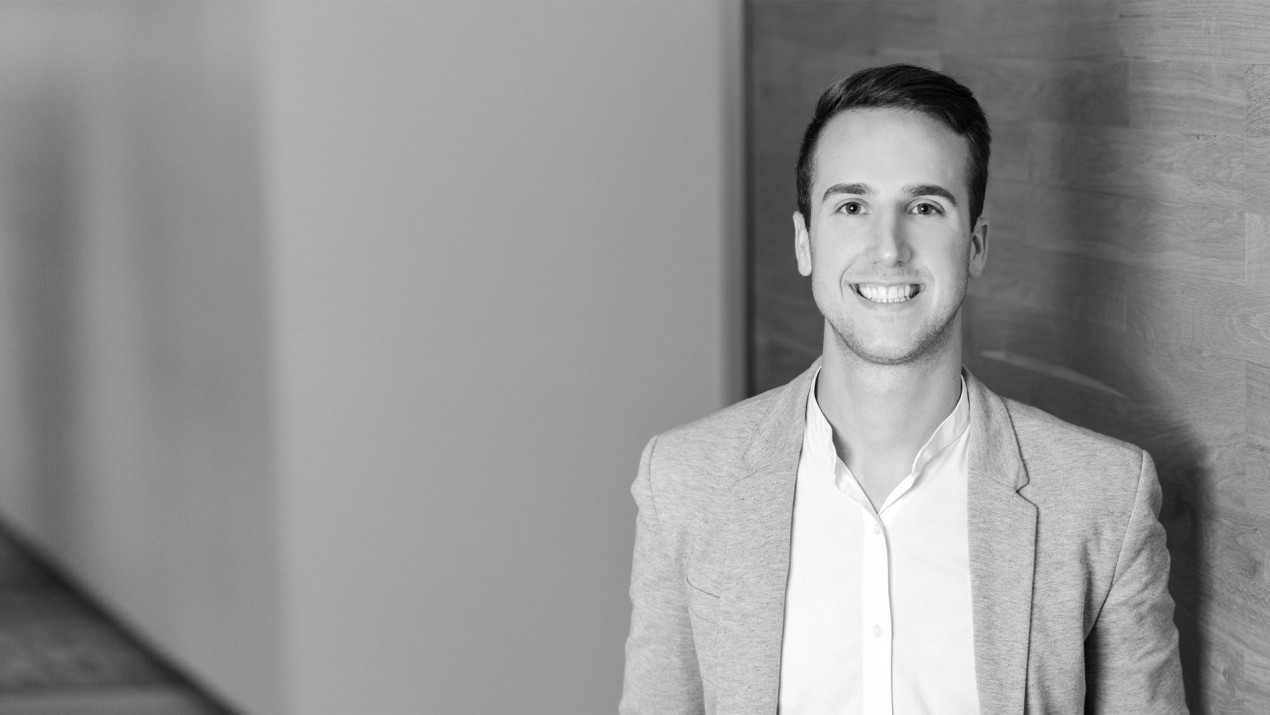 1. Tell us a little about your background and past work experience?
I am born and raised in Montreal and studied accounting at Concordia University, after which I obtained by CPA title and left to work in San Francisco for a few years. I have worked in financial and accounting advisory for 6 years now, providing consulting to companies of various sizes, operating in different industries and with their respective set of opportunities and challenges. Little did I know that working at an art gallery as a student would spark an interest for the art world that sadly very few people with a background such as mine get to have.

2. What drew you to MASSIVart?
The magnetic energy and dedication of its partners, the ability of the agency to uniquely position its service offering by enhancing them with local and international art and its restless desire to grow without losing its originality.

3. What do you bring to MASSIVart?
I bring a set of skills in the financial and accounting fields coupled with a strong interest and fascination for art that I hope will allow me to help MASSIVart in a distinctive way to be well positioned to successfully seize opportunities as they emerge given the company’s continuing success and growth.

4. How does what MASSIVart offers fit into the global cultural/art scene and is there a need for it?
MASSIVart, in thriving to remain unique and differentiated, always delivers its services to undoubtedly exceed customer expectations but also actively engages our global community in making room for art in our everyday lives. MASSIVart plays a critical role in the art community by carefully curating the inputs of its creative process in a way to highlight the artistic community and further its exposure.

5. What would be your dream project and/or client?
I am especially excited to be joining the company at a time where so many growth and diversification opportunities have presented themselves and hope to assist the partner group by bringing another perspective to the table as well as a different set of skills which will hopefully help in determining which ones, if not all, to pursue, when and how.

6. Why did you choose to work in the art and culture space?
For quite some time now, my intention has been to transition to the artist/cultural field. Perhaps my interest stems from my personal lack of artistic creative energy. By working, even in a financial advisory capacity, in the artistic field, I feel like in my own way I contribute to furthering a community of creative spirits by other means than by creating art myself.

7. What kind of art speaks to you the most?
Regardless of the form it takes, art plays a crucial role in shaping public opinions and in initiating cultural shifts. Art speaks to me the most when it takes advantage of its unparalleled ability to touch people while at their most open state to purposefully expose a societal issue and compel awareness.

8. What about the future of art are you most looking forward to?
I think art is mankind’s most unique contribution to the world and will most likely play out to be the hardest concept for artificial intelligence to decypher and understand. While it will eventually be able to copy certain pieces and/or artists and perhaps even understand art by channeling the analysis of other art enthusiasts, it will never truly be able to innovate and create art in its true form, which entirely relies on the ingenuity of the human mind. I am most excited by the role art will play on artificial intelligence as it may be one of the only areas that does not show any potential for it to be completely overtaken. MASSIVart is looking for artists, creators and professionals working in the digital sector. We are currently developing a directory to support more inclusive organizational practices and cultural diversity. This directory aims to provide a platform for professionals of the digital sector from visible minorities* through which they can be contacted for potential projects and job offers that match their expertise.

Therefore, we are launching a public campaign in cultural communities and digital networks to gather profiles interested in joining this directory. To do so, interested people are invited to complete the online forme here.

*Visible minorities are defined based on the Employment Equity Act definition as persons, other than Aboriginal peoples, who are non-Caucasian in race or non-white in colour and include Chinese, South Asian, Black, Filipino, Latin American, Southeast Asian, Arab, West Asian, Japanese, Korean, other visible minorities and multiple visible minorities. (Source: Statistics Canada) 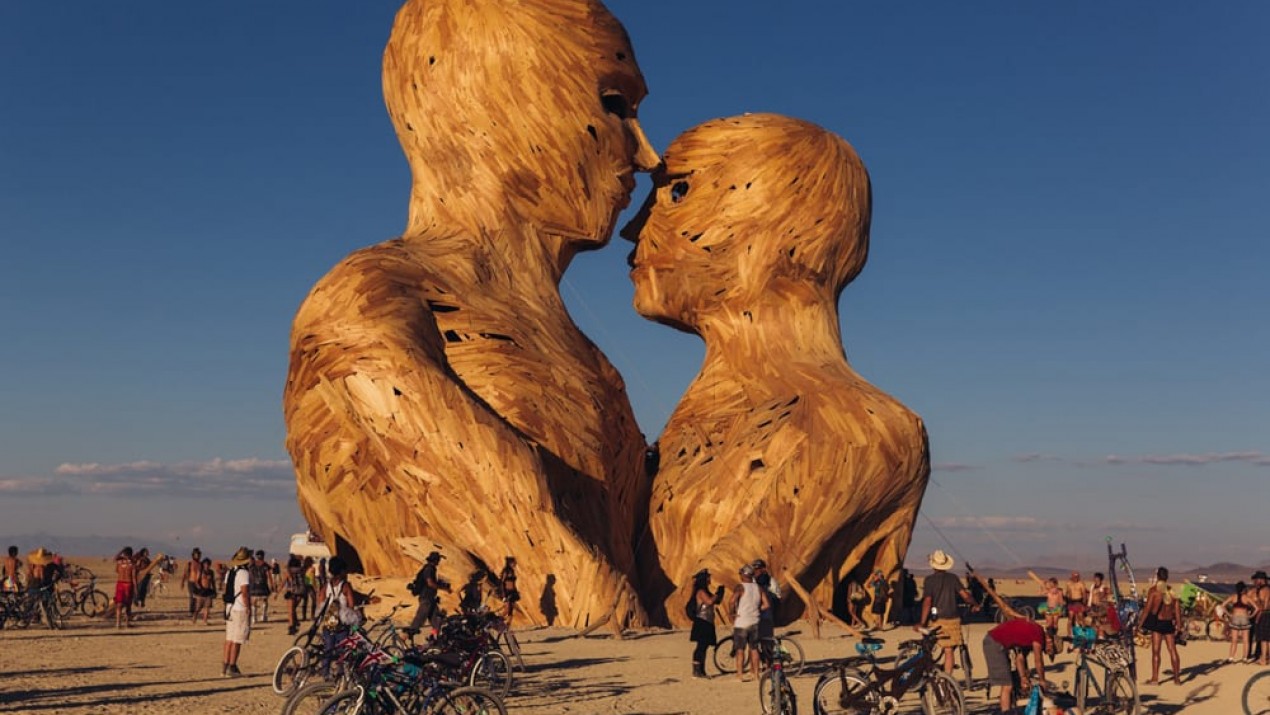 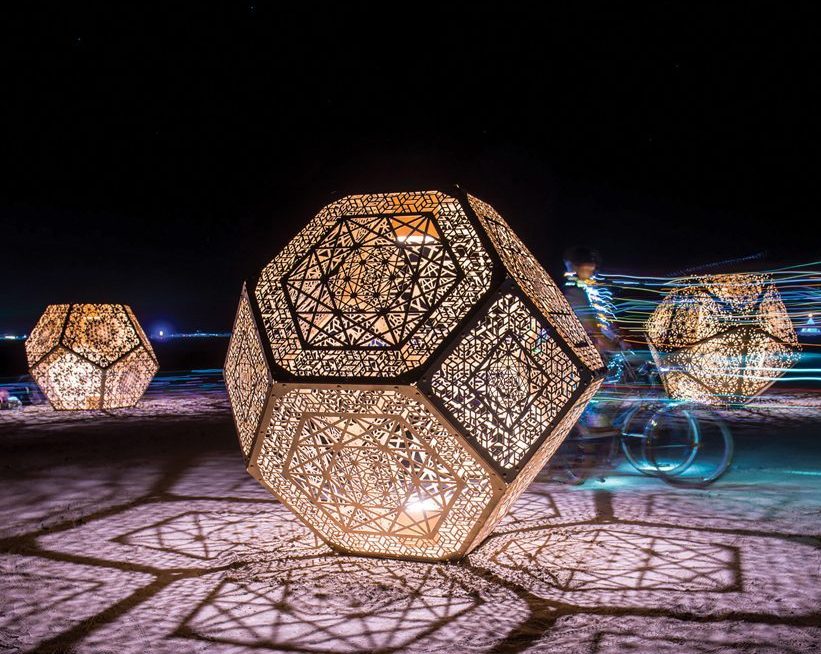 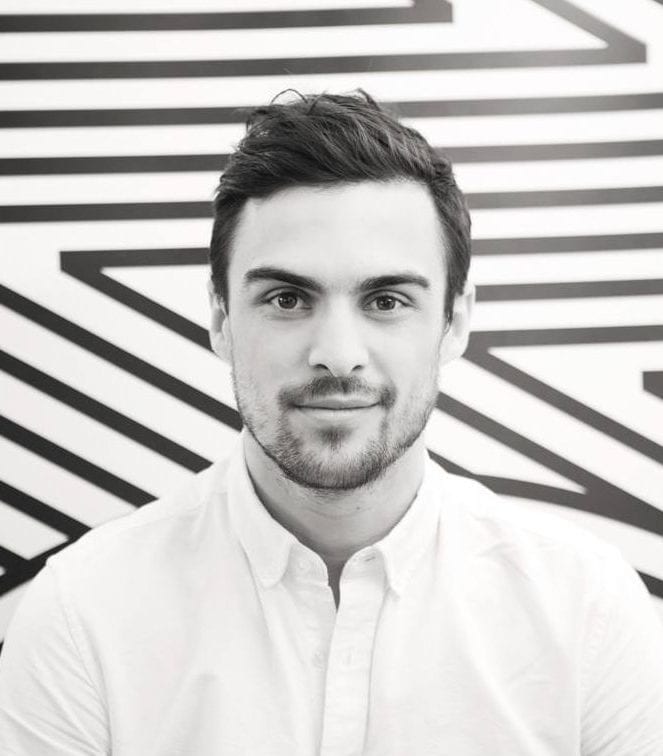