Ruihong Tiandi - Hall of the Moon 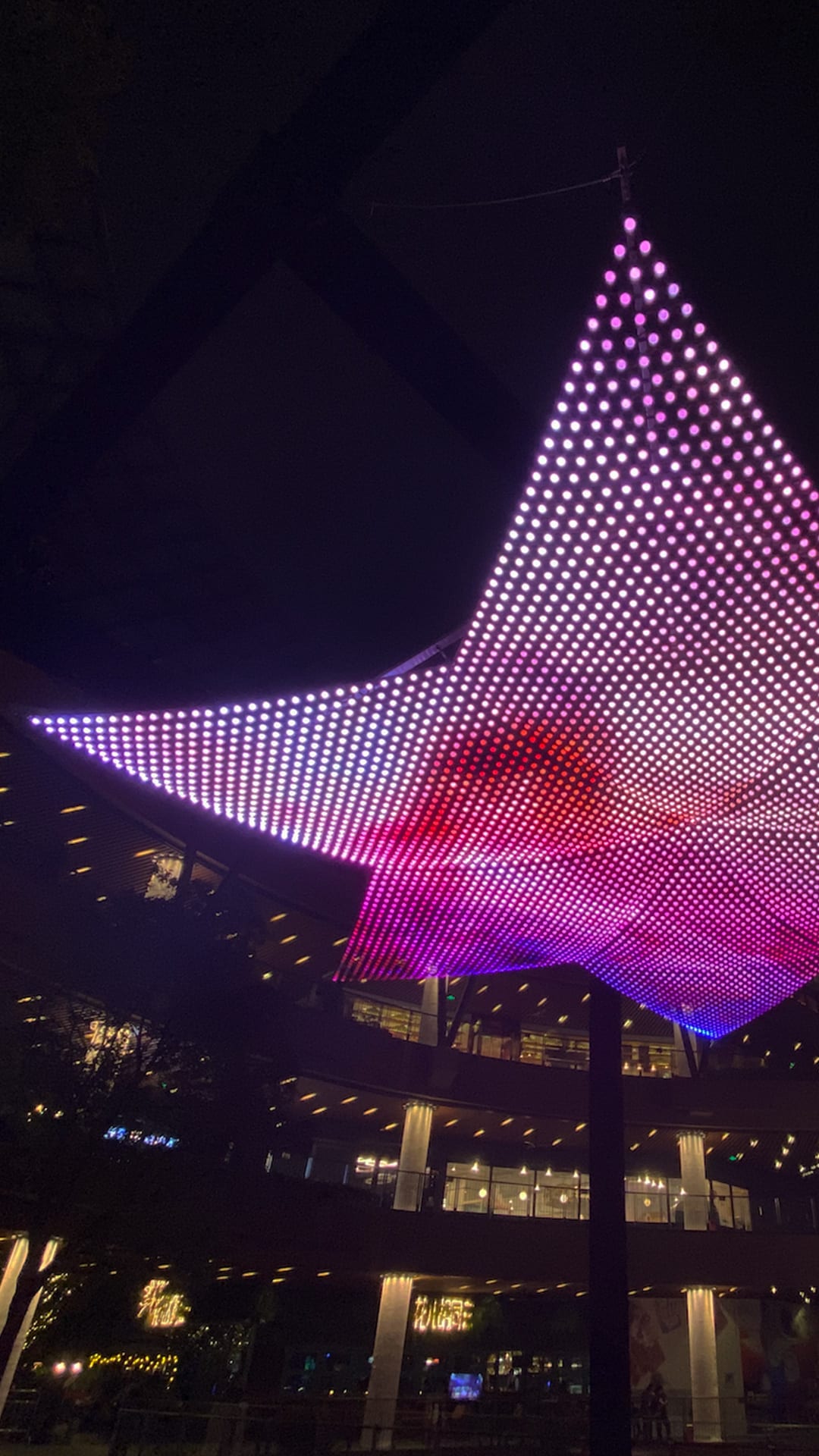 In celebration of Lumière Shanghai, MASSIVart worked with organizers, Beijing Modernsky Culture, to deliver a memorable multimedia installation. Throughout the curation process, our team sought out artworks that were impressive, photogenic, and immersive. Ultimately aligning with the festival’s vision and needs was Christopher Schardt’s LED Lab and their Burning Man-inspired, hypnotizing piece, Constellation.

LED Lab combines engineering, computer skills, and creativity within an app that is used by thousands of LED artists worldwide to bring major installations to life. We collaborated with Building180 to install Constellation from November 2019 to January 2020, and were thrilled to present this work for the first time outside of the United States.

Playing a major role in our selection of this piece was the festival’s spectacular venue: the Hall of the Moon. Nestled within the shopping complex of Ruihong Tiandi, this hall features an open-air courtyard where one can rest and recharge. Constellation, a massive star-shaped canopy, was designed to enhance outdoor environments such as this and was resilient enough to remain on display for the event’s month-long run.

Consisting of 5,400 LED modules, Constellation weighs 2000 kg, measures 26 feet in diameter, and hangs miraculously from a single point. The twinkling lights shift between colours and morph into calming graphics accompanied by musical scores.

The shipment of the work from United States to China was made in 3 days! 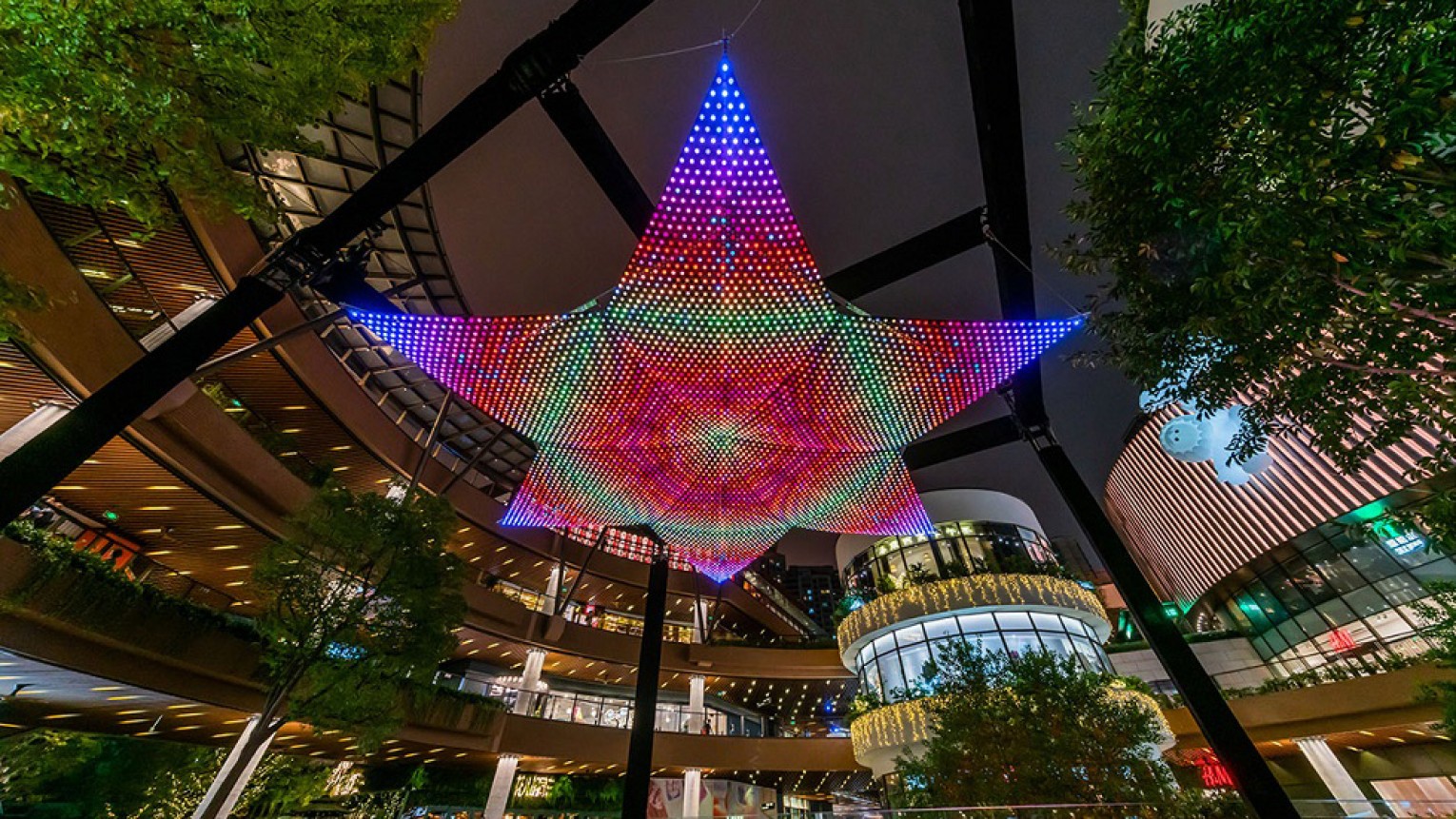 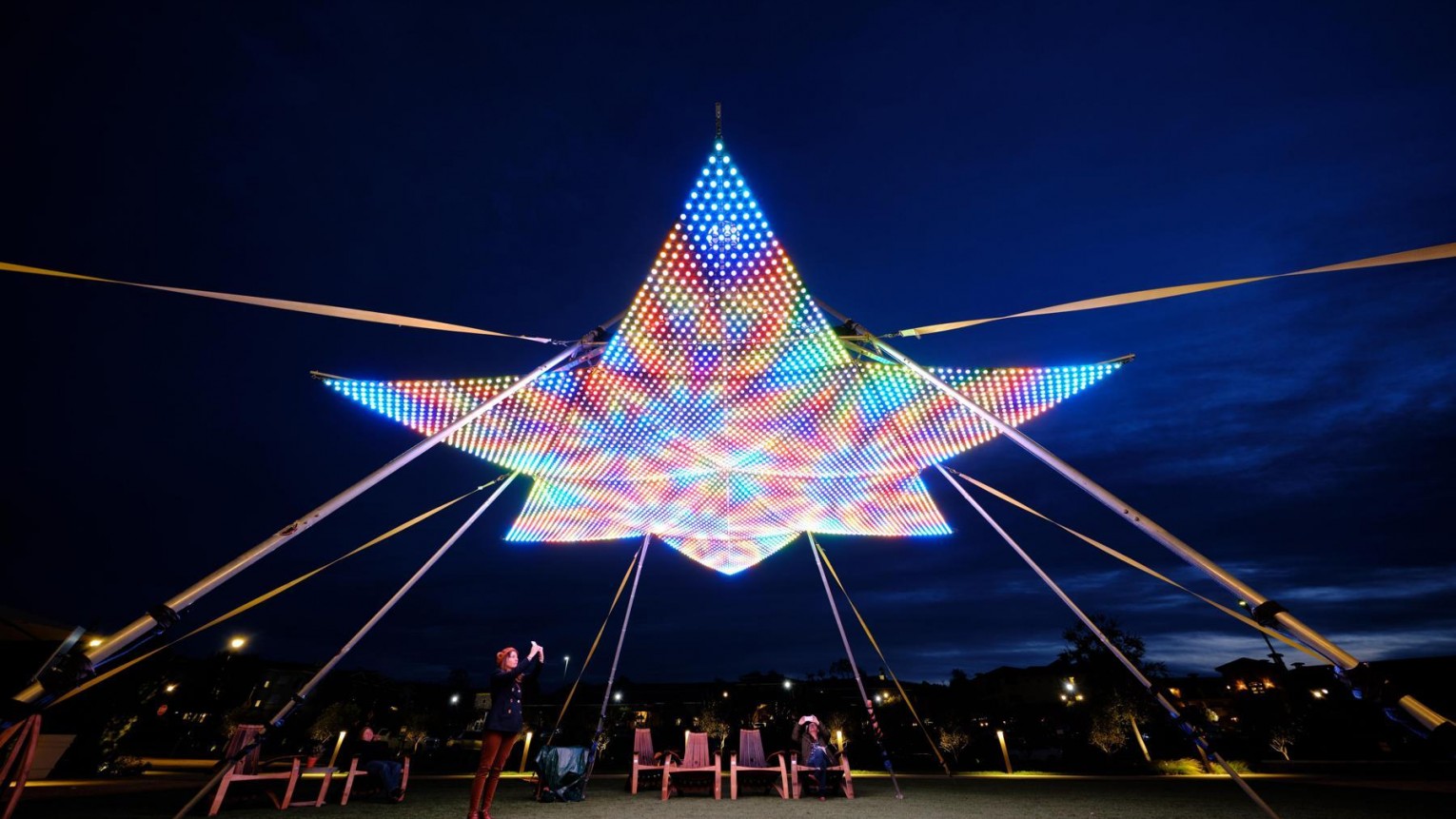 An engaging and immersive experience for the holiday season

How art built a solid foundation for client engagement