Bringing Burning Man's creativity to the streets of Shanghai 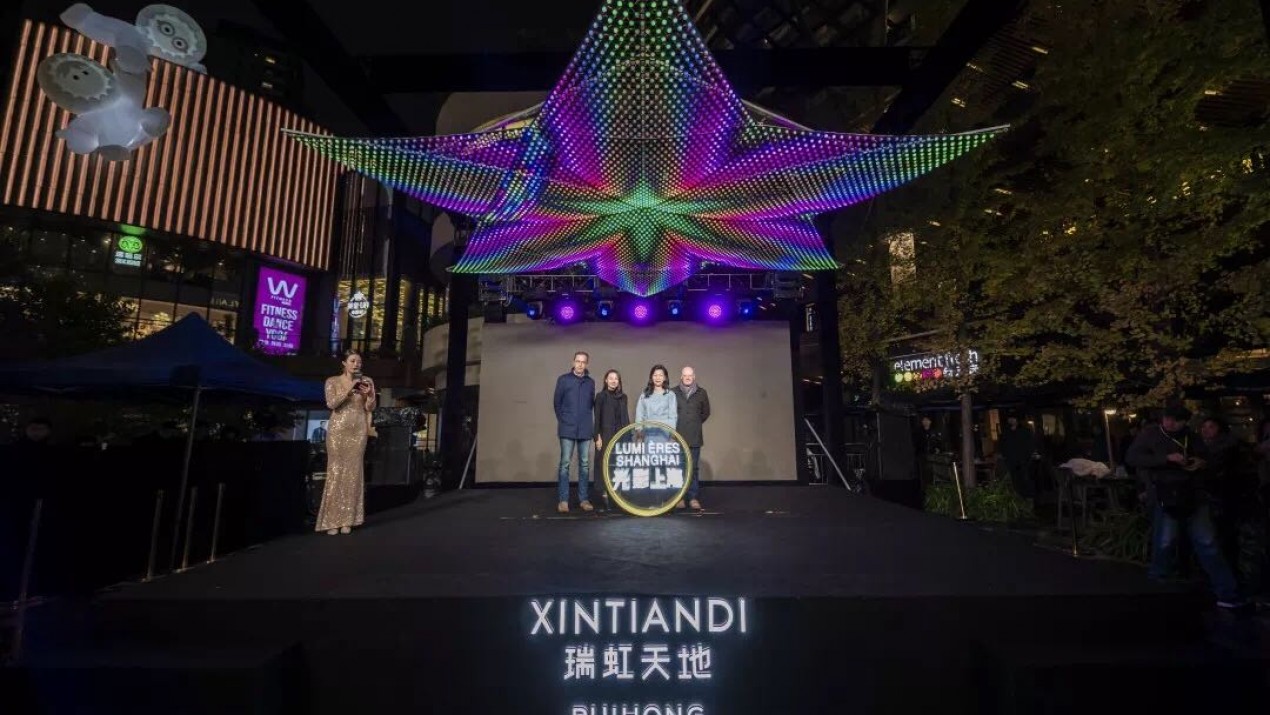 As a part of a Public Art festival in the shopping centre Ruihong xintiandi Hall of the Moon in Shanghai, we worked with Beijing Modernsky Culture on a multimedia installation project. We collaborated with artist Christopher Schardt and Building180 agency to produce this large-scale outdoor immersive installation.

Constellation is a star-shaped canopy of 5,400 LED modules. The structure weighs 2000 kg, measures 26′ in diameter and hangs from a single point which will be displayed from November 26 to January 5, 2020.

In 1998, Christopher Schardt’s first Burning Man experience inspired him to apply his engineering and computer skills to art and he has participated in—and brought a major art project to—the event almost every year since. Now widely known for his LED sculptures, he is also the author of LED Lab, an app used by thousands of LED artists worldwide.