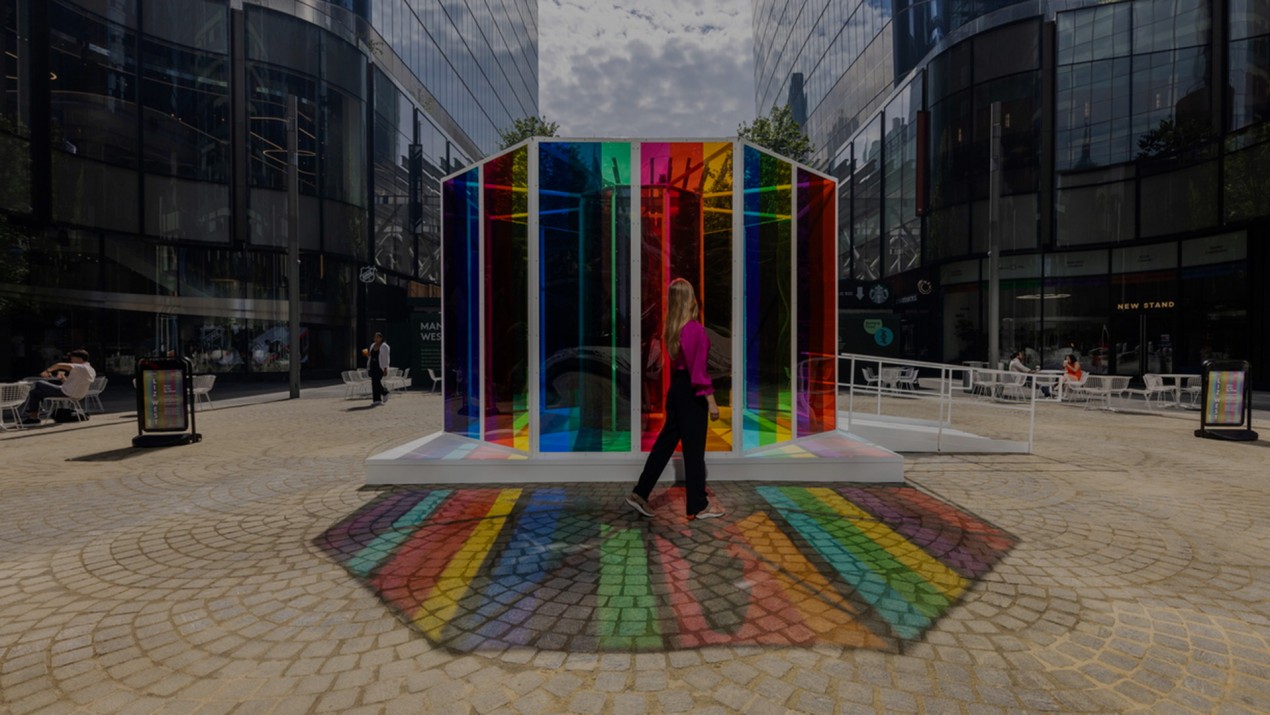 A collaborative study by academic researchers and industry leaders has been able to prove the positive impact of placemaking interventions in public and private spaces. A study, conducted by Toronto Metropolitan University in collaboration with The Daniels Corporation, Entro, LeMay and MASSIVart found an increase in personal connection, more time spent, sense of safety and more shareability of locations with placemaking interventions. These findings help us understand the immediate and enduring benefits of placemaking for retail, real estate, and public spaces.

Ultimately, the study proves that placemaking initiatives go beyond creating curb appeal. When placemaking interventions are introduced; increased time spent can result in more sales or productive use of a site; increased self-congruity strengthens brand awareness and attachment; increasing the shareability of the placemaking experience can result in higher traffic to your destination. Placemaking interventions (that are thoughtfully designed, co created with the community, and expertly produced) will influence key behaviours that benefit communities and businesses alike.

The study measured responses from 586 respondents after they were presented with one version of a site. The sites included the following: office spaces, public plazas, retail stores, transit stations, and condo buildings. The baseline version was a direct model of the site as it appears in public. The enhanced version was improved by placemaking interventions designed by the industry partners, and included enhanced signage and wayfinding, public art installations, or spatial rearrangements. Researchers replicated the various sites in immersive virtual environments, which helped them tackle previous studies’ attempts at scalability, context, and attribution. The virtual environments ensured the results could only be attributed to placemaking interventions.

To make your site more culturally vibrant and feel safer, friendlier, and aspirational, the researchers found placemaking initiatives produced a 53% increase in positive perceptions for all of the enhanced environments, compared to the baseline. Individuals also felt the environments were more inviting, beautiful, stimulating, and comfortable, with the research showing a 63% increase in positive feelings towards the locations.

Another important result of the study is the 77% increased likelihood for individuals to recommend the site to friends, family, acquaintances, and a 74% increased likelihood for visitors to share more information about the location that has placemaking interventions. This can translate to an increase in traffic to your site and more exposure through word-of-mouth or social media sharing. This organic conversation is a form of publicity that can be incredibly beneficial.

With the general feelings toward the site being more beautiful, stimulating, safer, and friendlier and the increased likelihood for sharing their experiences, researchers also saw a 50% increase in time spent in the locations. Additional time spent can result in increased sales, productive use of space, and overall social and environmental benefits.

Lastly, researchers noticed an effect on individual self-congruity in the enhanced spaces. Self-congruity happens when an individual connects their self identity with a brand’s identity. Researchers observed a 53% increase in self-congruity when participants engaged with sites with placemaking initiatives. The synthesis of self identity and brand identity can also solidify brand allegiance – resulting in behaviours like frequent purchases, dedication to community activities, and thoughtful interactions with the environment. The study proves that effective co-design stimulates the targeted communities so that they can relate, participate, and establish a profound connection with the space and its intention.

When engaged with any of the enhanced sites – transit stations, condo buildings, retail stores, and office spaces – the individual’s behaviour was positively influenced by placemaking interventions. Placemaking interventions can significantly affect your targeted communities and result in desired outcomes, such as increased sales, stronger connections, increased interactions, community engagement, brand loyalty, increased traffic, and positive awareness. Placemaking initiatives are not only great for captivating your clients and communities, but the increased likelihood of these individuals to learn more, share their experience, feel better about and align their self-image with the enhanced spaces can create immediate and lasting effects for any industry.