Canderel, which owns and manages properties across Canada, aimed for something truly special with this particular location. Fostering dialogue with the community and positively contributing to the Mile-Ex’s vibrant urban fabric were key objectives for Canderel.

A collective undertaking
After carefully consulting with the Mile-Ex community about their vision for the neighbourhood’s future, MASSIVart launched a call for proposals, inviting Montreal artists to submit creatives linked to the survey feedback. Four finalists were selected to have their projects voted on by locals. In the end, it was Izabelle Duguay’s impressive ÉMERGENCES project that won voters over.

About the artwork
One of Izabelle’s recurring inspirations is the cohabitation of the urban/industrial and natural/organic worlds. Steeped in contrasting styles—a reflection of the Mile-Ex district’s eclectic DNA—the ÉMERGENCES murals’ narrative unfolds in a mixture of lines, textures and forms that recall the area’s built environment, juxtaposed with unpredictable vegetation. A large fingerprint on the mural is also a reminder of humans’ impact, whose traces prevail.

“Over time, the Mile-Ex district opened its doors to change agents carrying inspiring new ideas,” Izabelle says. “ÉMERGENCES, for me, is like an invitation to align the neighbourhood’s industrial past with a sustainable future.”

Locals—who played an active role in shaping the final artwork—along with 6600 Saint-Urbain tenants and Mile-Ex district visitors, will all be able to enjoy this burst of colour and reappropriate this space. Making the 6600 St Urbain building a new welcoming gathering place. 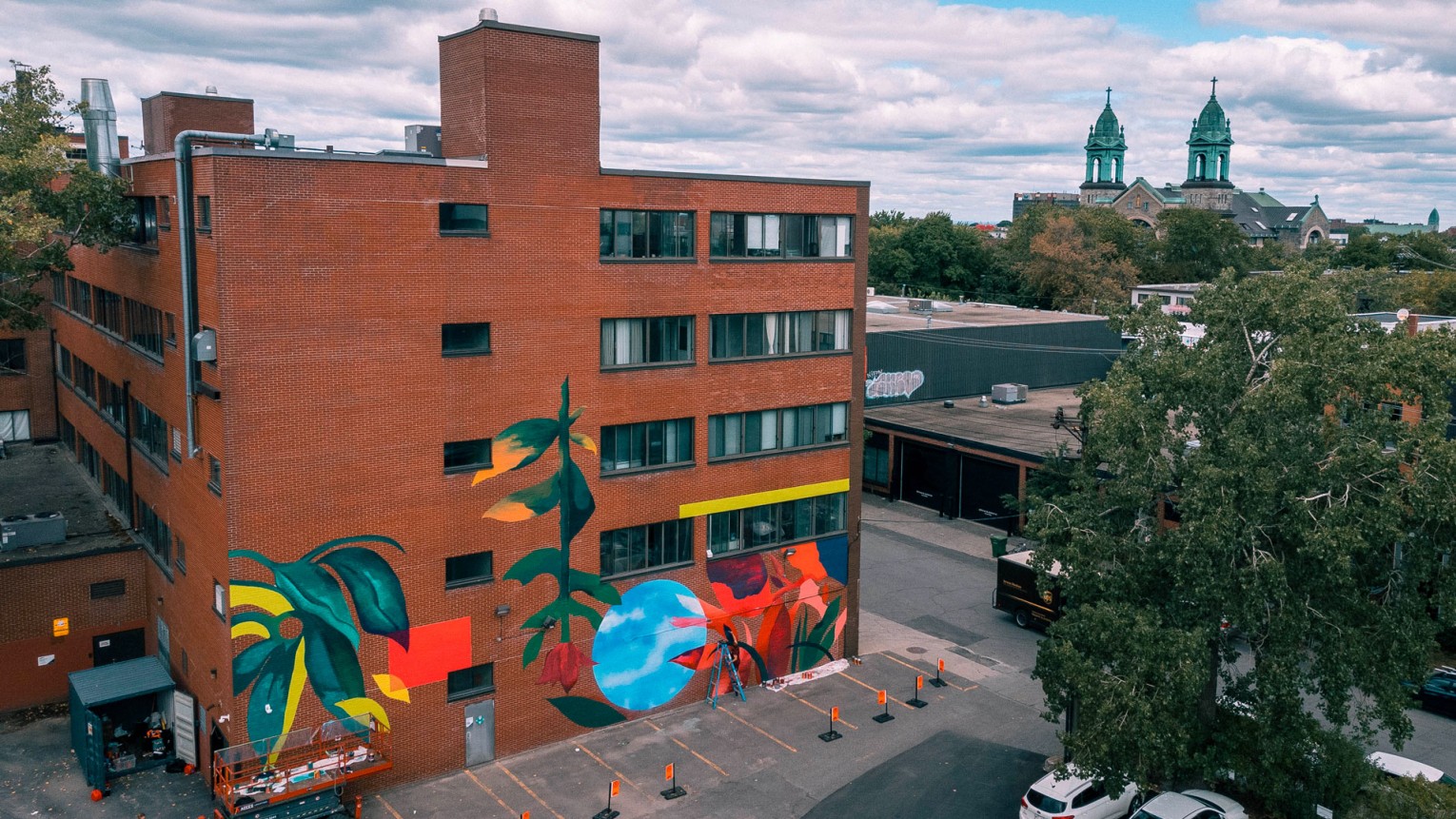 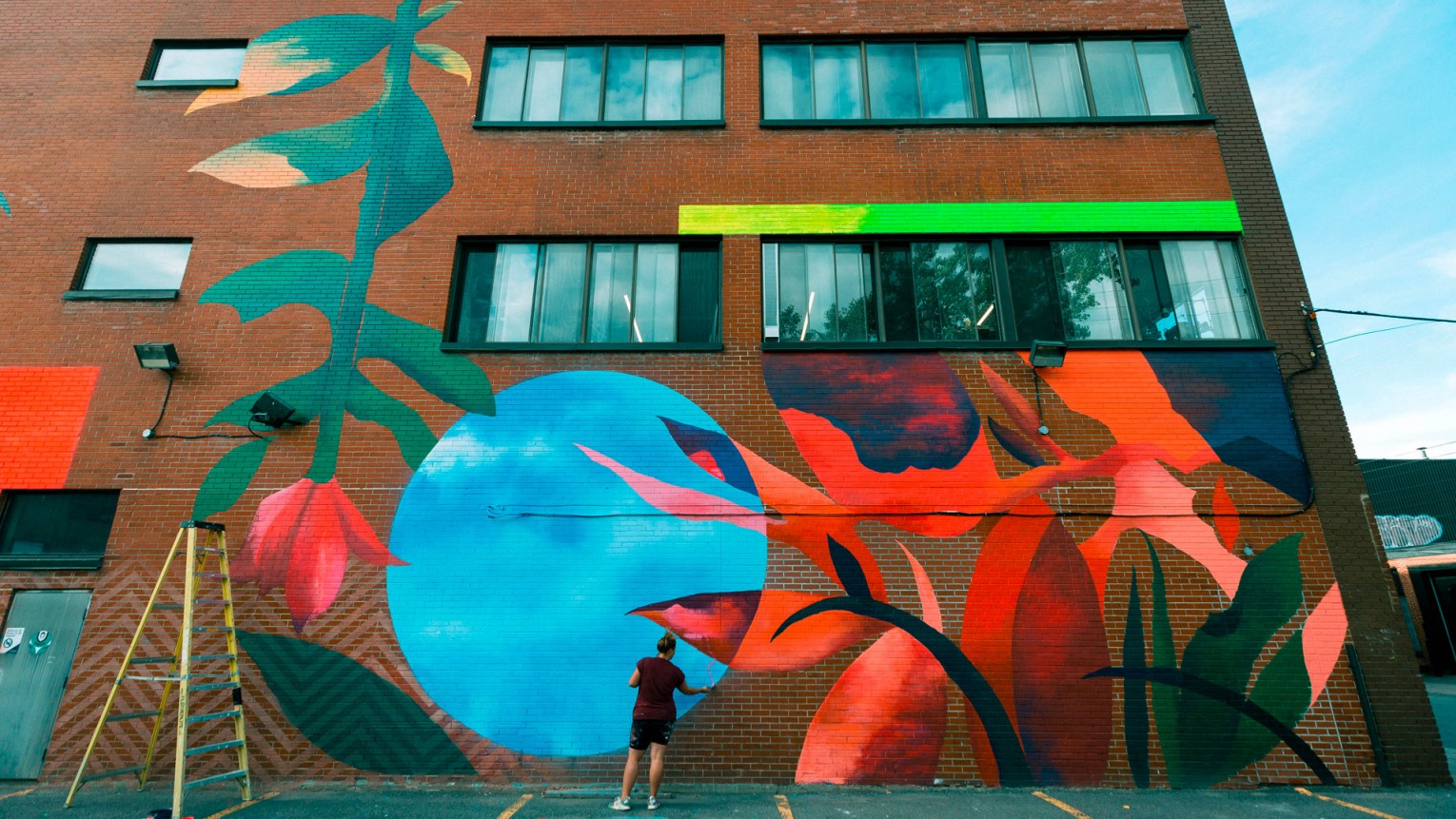 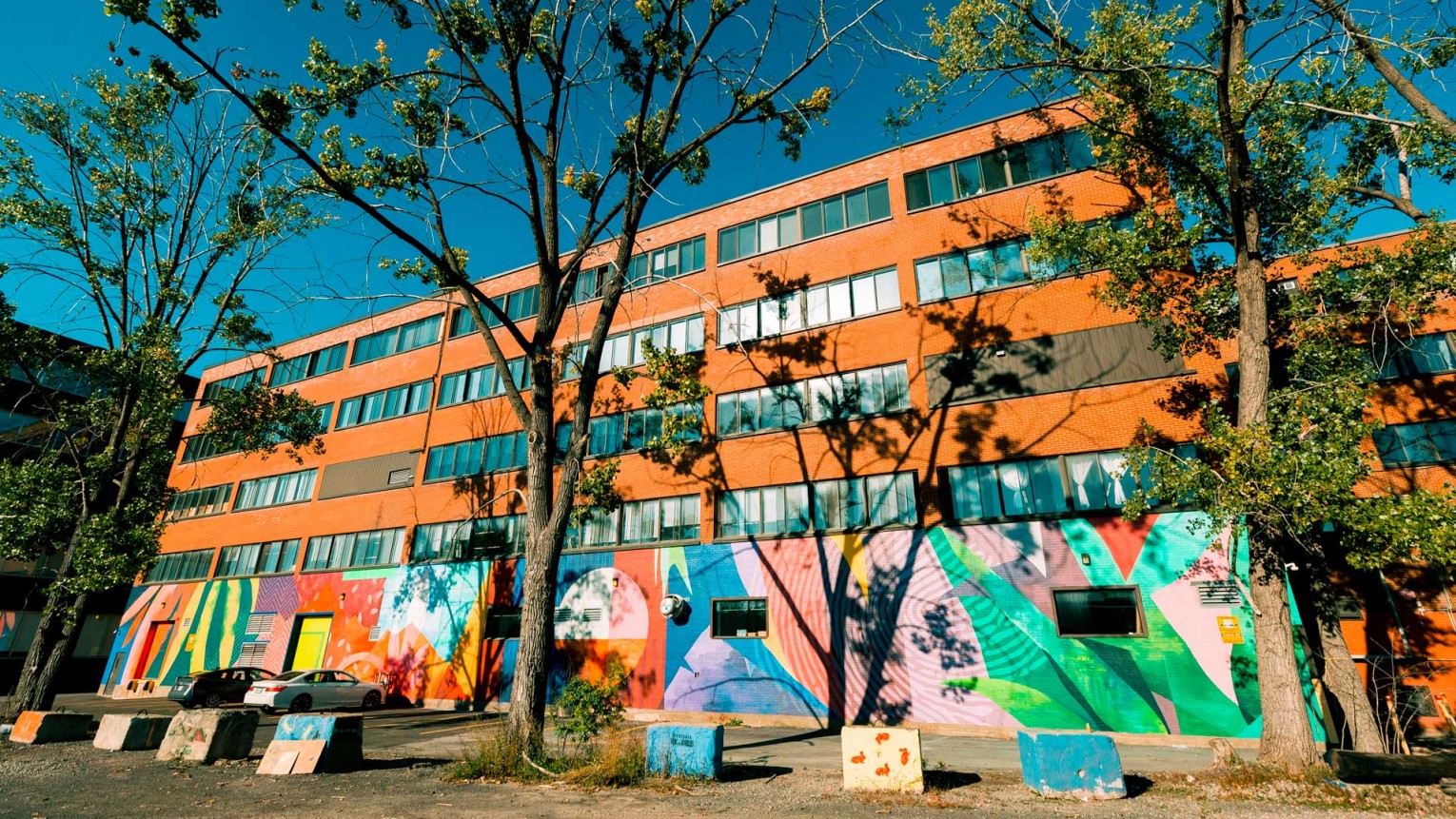 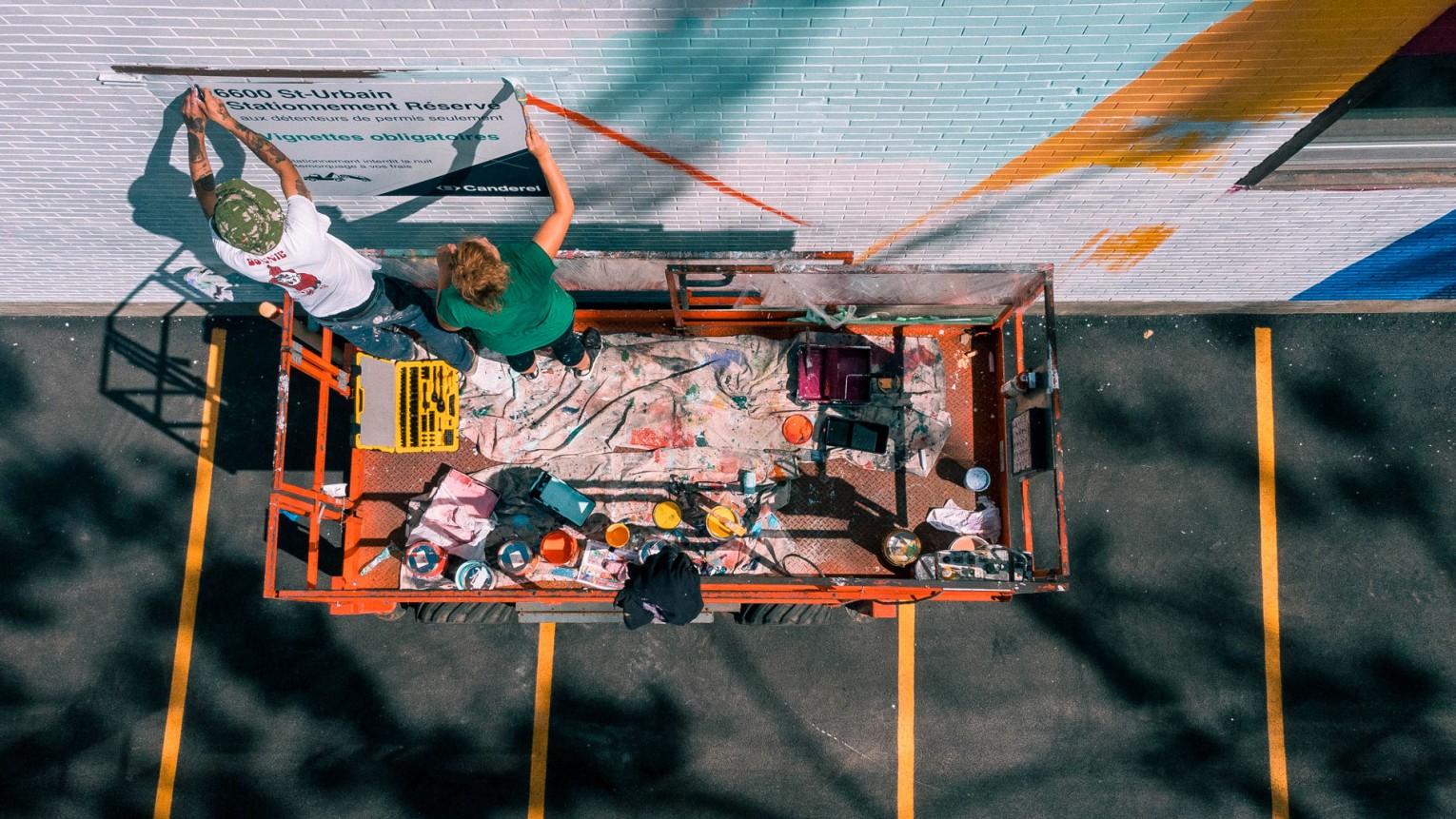 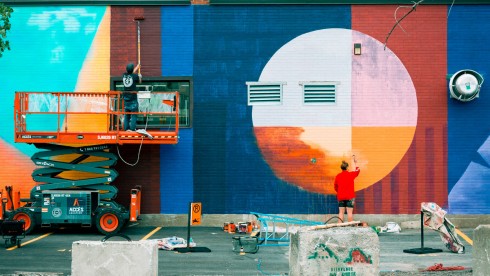 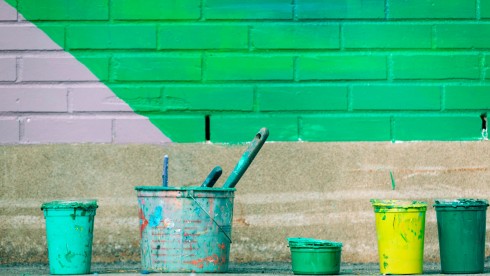 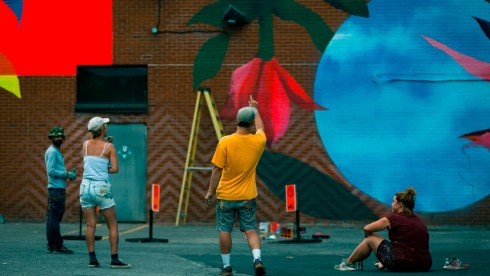 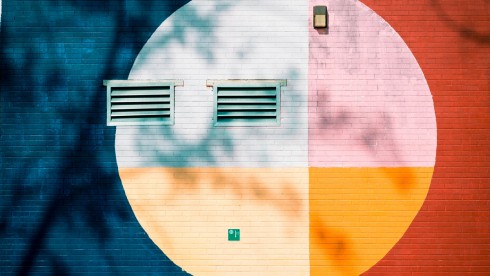 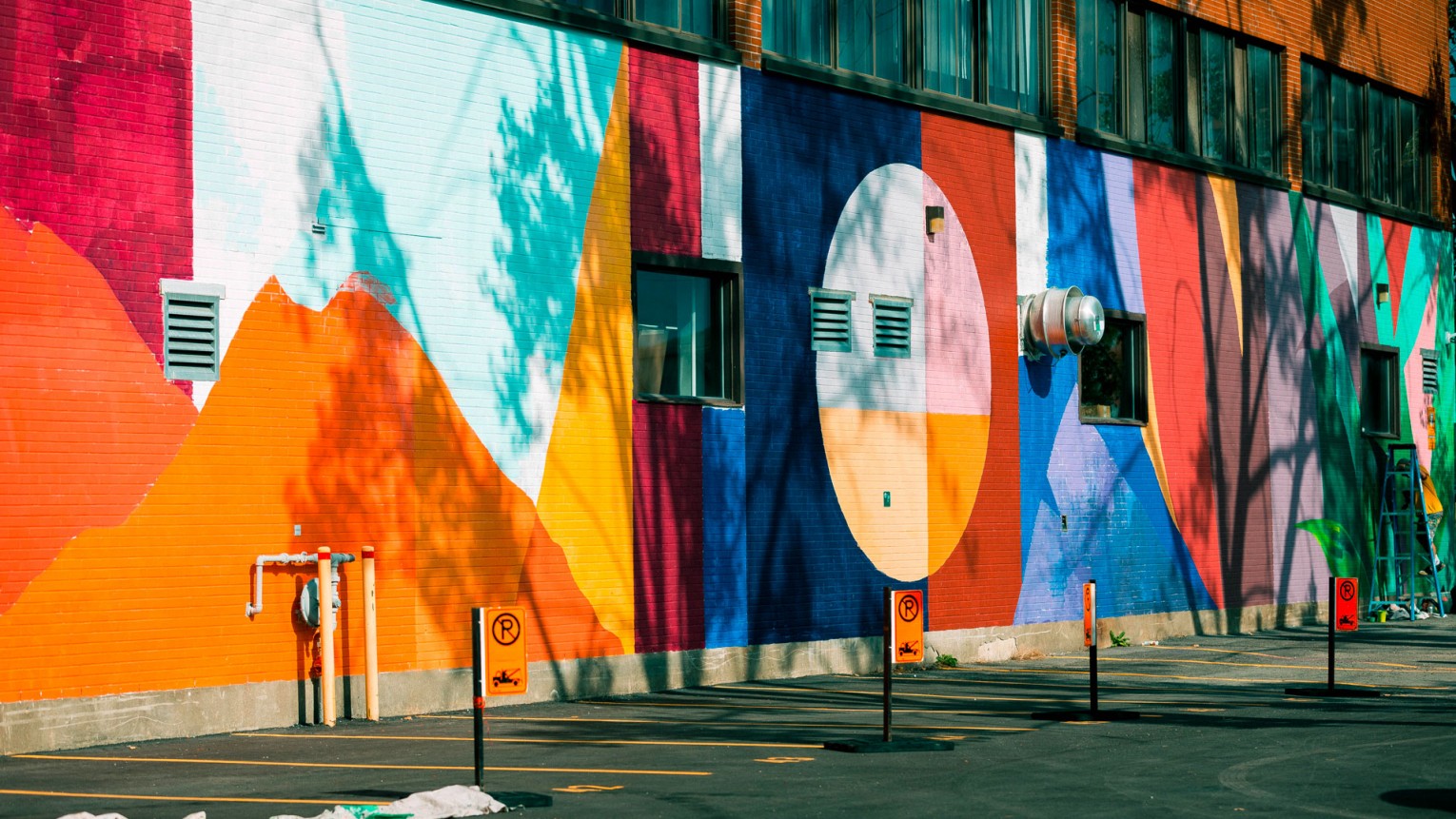 “There’s a symbiotic relationship between buildings and the neighbourhoods in which they’re integrated. As part of that relationship, it’s essential to us that we participate and invest in the cultural development of Montreal’s Mile-Ex district.”

“With its unique location, 6600 Saint-Urbain presented a great opportunity to express the Mile-Ex district’s vibrancy and creative nature visually. We hope in the future to find more ways to continue building on this milestone.”

Bright and welcoming urban stops in 17 boroughs of Montreal